This week we’re so happy to have Joan Plumley join us for our Mission Minute. Joan ministers to women at the Milwaukee County House of Correction in Franklin, Wisconsin. 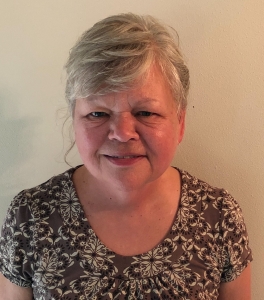 How did you get started in prison ministry?

I’ve been ministering to the women at the Milwaukee House of Correction since last fall, after being introduced to the assistant superintendent there. He was looking for someone to be the facility’s chaplain for the women, and thankfully I was able to move into that position.

Was this your first exposure to prison ministry?

No. I attended St. Francis Seminary in Wisconsin and earned a degree in Pastoral Studies. While I was a student there, we had to do both parish and societal field work.

How long ago was that?

That was around 2006, 2007. I went downtown to the Milwaukee County Jail and discovered that I had a passion for it. I really did love going there. I think it was the women themselves who moved me. Some had faith backgrounds, some didn’t. Back then, I didn’t do the individual, one-on-one work I do now; it was primarily group work — lectio divina for an hour or so a couple of times a week.

So your prison ministry work is a natural development of long-held interests.

Yes. I was a teacher in Catholic schools for 21 years, and a faith formation director for 10 years. At a certain point, my spiritual director, who’s also the spiritual director at Marquette University in Milwaukee, encouraged me to go to school at Loyola University in Chicago, where I’ve been pursuing a Masters of Christian Spirituality with a concentration in Spiritual Direction and a focus on Ignatian spirituality.

Tell us about your work at the Milwaukee House of Correction…

I do one-on-one counseling and informal spiritual direction, but also group Bible studies. The women there are obviously seeking a deeper spiritual life, even though some of them have no spiritual background at all. I lead prayer services and bring the Eucharist. There’s a chapel there for us to use. I’ve led an Advent service, as well as an Ash Wednesday service. On March 17th, I led a memorial service to honor a woman I’d known at the jail. She’d been homeless before her arrest, then after her release in March she was tragically struck and killed in a hit-and-run accident.

Has the COVID-19 crisis affected your work?

Oh, definitely. Everything changed on March 17th. That was the last time volunteers were allowed into the facility. Over a hundred inmates have tested positive so far, and there’s been an effort to reduce the facility’s inmate population because of health concerns. In January, for example, there were over 900 inmates there, men and women. It’s now been reduced to 600 or so.

What is your connection to Dismas Ministry?

During my visits to the jail, I hand out the many books and Bibles I receive from Dismas Ministry.

Is there any material that seems especially popular?

I would say the I Am Beautiful books from Dismas Ministry are the most popular, because they were written for women, by women. And keep in mind I don’t minister to just Catholic women, of course, but to everyone. Women who aren’t necessarily interested in other services or materials ask for the I Am Beautiful books. Also, I donate notebooks myself as a way of helping the women heal. They can write out their feelings and thoughts, and process everything they’re going through.

Has your prison ministry work changed you at all?

I’ve become more compassionate, I think, and experience more empathy in front of the women. I feel it has brought me into a deeper spirituality. I feel such compassion for the women and their personal stories. I think of my ministry as a “walking with.” I try to be a companion for them, to put myself on a level playing field with them. We’re all human, and there’s a marvelous…is mutuality a word? I learn from them as much as they learn from me. In fact, when I’m teaching them scripture or something, I often feel like I’m evangelizing myself!

Click here to learn more about Dismas Ministry’s
I Am Beautiful project.