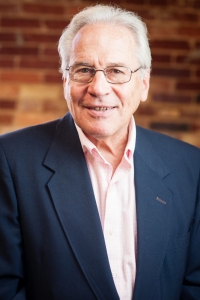 As a former college basketball coach, Bill Gaertner had seen his share of contests won and lost on the court. More importantly, he helped young adults strive to reach their full potential as student athletes. Over a career that spanned 15 years, Bill made an impact on the lives of others.

Today, he continues to make an impact by helping ex-offenders rebuild their lives through Gatekeepers – the nonprofit he founded in Hagerstown, MD in 2014. He personally conducts inside-the-walls programs at several facilities and, outside the walls, Gatekeepers meets released inmates at the gate and provides them with immediate and long-term resources.

Re-entry seminars are presently being held at the Washington County Detention Center, the Federal Penitentiary in Cumberland, and state correctional facilities in Hagerstown. Mentors help ex-offenders navigate the critical first few weeks after each one is released. Program participants are then exposed to Gatekeepers Business of Living Program that is a combination of learning and doing to prepare and equip each person for positive growth and success.

Bill knows well the challenges of being “outside” and trying to start anew after spending time in prison. Following a series of events that led to his incarceration at the age of 61, he had hit rock bottom. “During the first five months at a jail facility, I was trying to kill myself,” he explained. But, a letter from his friend, Ed Ionni, changed all that. He had a renewed purpose. “One guy turned my life around. Eddie was the shining light. I thought ‘if I ever get it going, I’m going to do that for other people,’” said Bill. Through rediscovering his Catholic faith, meditation, and encouragement from friends, Bill was determined to help others.

“Jumping back into my faith, I never realized what it meant to perform the spiritual and corporal works of mercy – to realize what it means to be Catholic,” he said, adding that it took sitting in the rat-infested, third story of a penitentiary to reflect on his life.
Sitting alone in his cell, Bill focused on a hole in the wall that held his gaze while he meditated. “I can still see it in my mind,” he said. “Prison was an ugly place that had more beauty than I ever imagined. It was there that positive things started to happen for me.”

From an early age, he struggled with alcohol addiction. “I didn’t really know who I was. Now, every day, I wake up and have a purpose. And, I say, ‘Jesus, I trust in you.’ I pray, I think, and I laugh. I’m still in recovery. I’m aware of this every day, but I am doing as much as I can for other people in honor of those I’ve hurt,” said Bill. 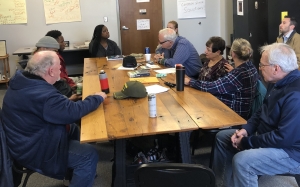 The resource club (pictured above) at Gatekeepers typically hosts small groups of 8 to 12 people who meet on a regular basis to talk about job searching and career goals. (This photo courtesy of Gatekeepers.)

With limited resources at Gatekeepers, Bill shared that they need people helping people. “I work with people coming out of prison and addiction houses. Anyone coming out of prison has mental health issues, because it’s so rampant. Each person feels so alone, which is why we need someone at the gate,” he added. To recover from anything, there is a spiritual component that is necessary for success. And, it takes time, love, and forgiveness.

“We’ve given each of them a platform. I’m so lucky to do this, and the key is to convince each person that it works and ‘you must allow us to coach you.’ As a young coach, I learned this,” said Bill.

No matter what, Bill encourages this approach when seeing or working with ex-offenders: “Don’t judge others whose sins are different than yours.”

In prison, everyone called him ‘coach.’ Formerly on the sidelines, but now at the gate, Bill continues to encourage and help others achieve their goals in life.

Congratulations to Bill Gaertner on being named the 2020 St. Dismas Award recipient. Bill Gaertner will be presented with the award on Thursday, September 30, 2021 in Baltimore, MD.

Due to the pandemic, the event originally scheduled for March 26, 2020 was postponed. This event has been rescheduled and will take place on Thursday, September 30, 2021.

If you had a loved one incarcerated during the holidays, how would you “keep hope?”

Keeping Hope is a resource developed by Dismas Ministry.  Ii includes stories of families who have experienced incarceration. They share their wisdom, their struggles, and even their joys. The book contains recommended resources and ideas for dealing with incarceration and is also interactive.  It includes questions for your personal reflection at the end of each chapter.

This book is a culmination of surveys, interviews, personal stories, reflections and resources.

Who should read this book?

This book is available for purchase now in our store at www.dismasministry.org/shop.

Available in English and Spanish. 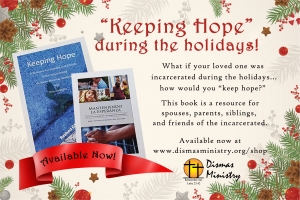 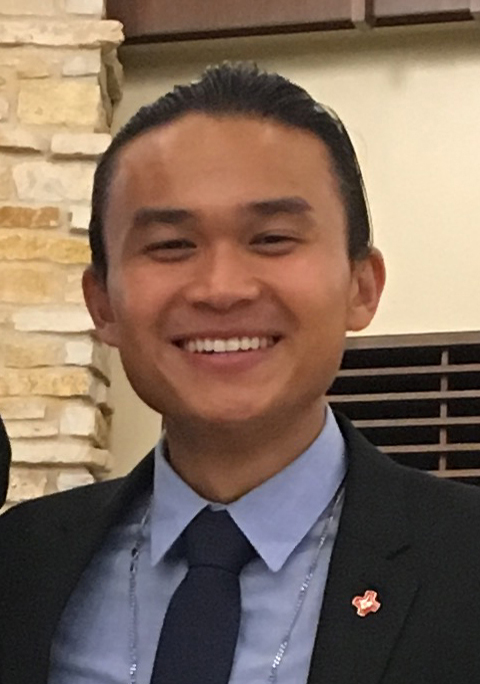 A seminarian at Sacred Heart Seminary and School of Theology, Paul has been a Dismas Ministry volunteer since August of 2018.  He comes in weekly to package bibles, prayer books, and other materials for chaplains and prisoners.  Previously, Paul had been working at another non profit organization.  Then he met Dismas Ministry founder Ron Zeilinger, and learned about the organization.  Paul decided that he wanted to do something different with his ministry.  The founder of the SCJs didn’t restrict their members’ apostolate, but wanted them to be open to all the needs of the world. So Paul started volunteering at Dismas Ministry in the fall semester.  He feels that it is an easy job – “the hardest part is choosing the right sized box!” – and he likes that packaging is product-oriented.  More importantly, he finds that this ministry gets him out of his comfort zone, and feels like he is doing something useful.

As part of his ministry, Paul has had the opportunity to read letters from prisoners.  In doing so, he can feel the people behind the letters and hear their desperation.  They truly need bibles and prayer books as they struggle to turn their lives around.  They don’t have anything and can’t afford the materials we provide. So he feels good that he can assist them and be part of something that makes a difference.

You can give them hope, help restore their dignity, and remind them they are not forgotten.

Inspired by his volunteer experience, Paul chose to minister directly to the incarcerated during the second semester of the school year.  He visited the juvenile jail once a month, and was able to actually see how they used Dismas materials.  The most popular resources were the study courses and prayer books – all unique to Dismas Ministry.  He discovered that the prisoners using these materials experienced a personal sense of accomplishment and found purpose and meaning to keep them going. 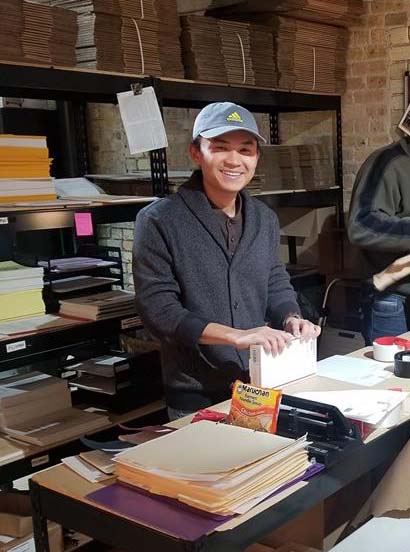 When asked what he would say to someone interested in volunteering with Dismas Ministry, Paul said he would encourage them to get involved because it is a great ministry.  He said we need to reach out to the incarcerated because they can’t reach out to us.  By volunteering, you can help prisoners experience God’s love, and that can help them let go of the shame and guilt.  You can give them hope, help restore their dignity, and remind them they are not forgotten.